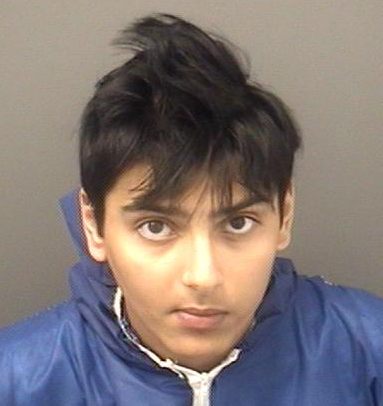 Barrie Police have released an image of 18-year-old Zia Mohammed CHAUDHRY, who is wanted in relation to the shooting that occurred in the Bayfield Street and Grove Street area at approximately 5:00 p.m. on Tuesday, February 15. Chaudhry is known by the street name Tray/Trey.

Chaudhry is wanted on charges of Attempted Murder, Discharge Firearm with Intent, and two counts of Aggravated Assault.

Chaudhry is known to frequent Barrie and Toronto. He is considered armed and dangerous, and members of the public are advised not to approach, but to call 911 if spotted.

The investigation remains ongoing, and investigators are asking anyone who may have information on this occurrence or Chaudhry’s whereabouts to call 911.