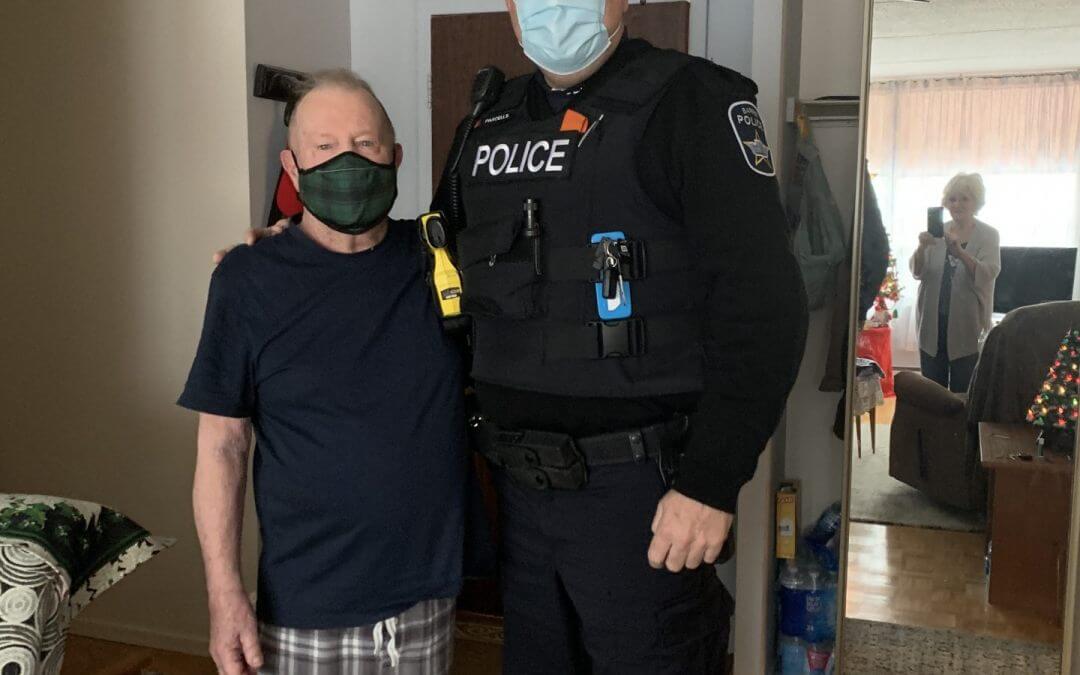 On Sunday December 27, 2020, at approximately 9:50 a.m., Sergeant John Parcells, a 32-year veteran of the Barrie Police Service, was on patrol in the Heather Street area looking for a motor vehicle that had earlier been reported stolen. At the same time, 89-year-old James Hall was removing snow from around his parked car when he collapsed and went into medical distress. Observing this, Sergeant Parcells exited his police vehicle and immediately removed Mr. Hall from his motor vehicle and commenced cardiopulmonary resuscitation (CPR) while requesting the assistance of the County of Simcoe Paramedic Services at his location. Mr. Hall responded to the CPR he received and was transported to a local hospital for medical treatment.

Mr. Hall made a full recovery and was released from hospital a short time later. There is no doubt that the outcome of this incident could have been very different if Sergeant Parcells had not been where he was at the time Mr. Hall collapsed.

This incident serves as a valuable reminder that the ongoing training that police officers receive throughout the course of their careers is very valuable and no doubt contributed to what has been referred to by those involved as a “Christmas Miracle”.